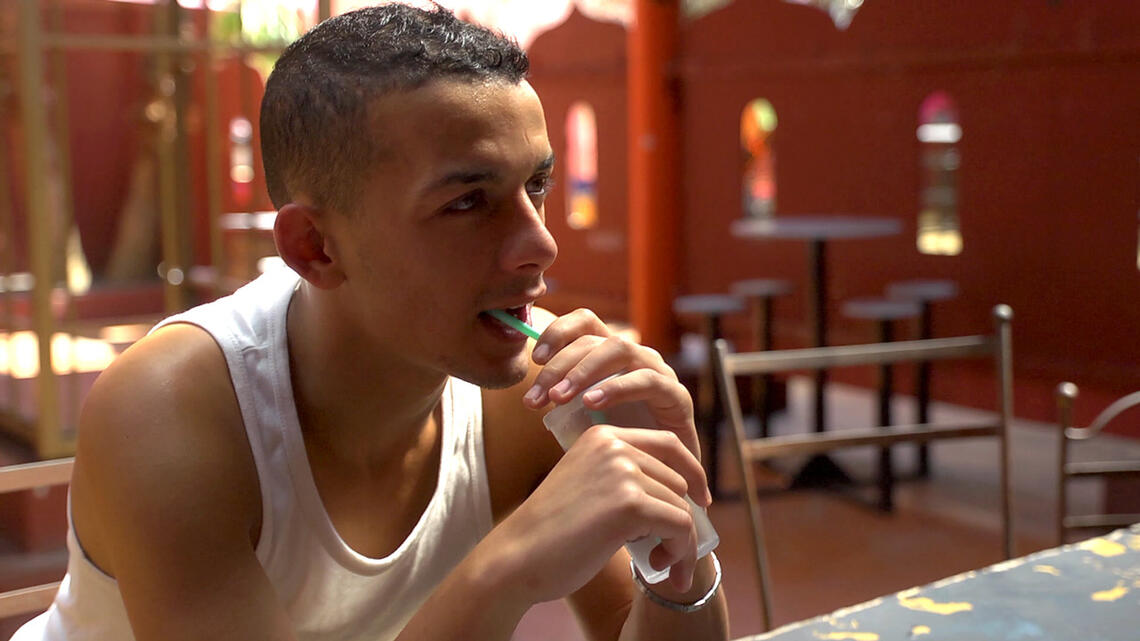 It is summer time in Montpellier ans Amir Djeda is going for drink at Villa Rouge, a well-known gay club. On the patio, he bumps into the waiter, Phoenix Jones, another actor from Menoboy Studios. Amir is really into him and he decides to cruise him. Soon, Phoenix Jones caves in and he french-kisses him right away. It is 100 degrees and they explore every nook and cranny of the patio. No need to go to the backroom. They have sex on the counter, on the tables, up against the palm-trees. A steamy hot video by Menoboy Studios.
1182: the video Super Horny Amir Djeda was seen 39705 times.

To see only the video Amir Djeda en surchauffe, you can buy an access code by phone or bank card.

IMPORTANT / By buying a video on this site, you finance the new creations of 2022. Thank you - Ludovic Peltier
BUY VIDEO enter the code